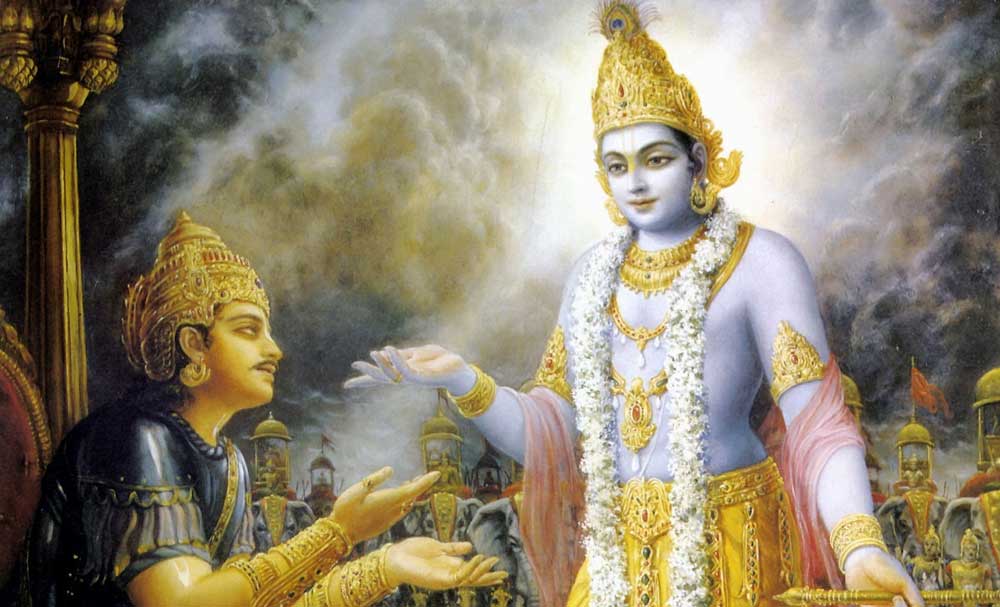 In Hindu mythology, there are two great epics. One is called the Ramayana and the other is called Mahabharata. The centre story of both these epics is about the victory of good on evil.

In one story, Lord Ram leads his army to defeat Ravana in his land. And in the second, Lord Krishna oversees Pandavas defeat Kauravas in the battle at Kurukshetra.

In Ramayana, Lord Ram is the best yoddha of his side. He leads his army from the front. Strategizes & directs different people to do things which will meet the objectives. His people are happy to follow orders & want to get all the appreciation for being the best executors. Lord Ram sets direction & also tells people what to do during difficult times. Ultimately they won the war & the final outcome was achieved.

On the other hand Lord Krishna told Arjuna, “I won’t fight the battle, I won’t pick up any weapon; I would only be there on your chariot as a charioteer.” And he did what he said. Still, Pandavas won the war & final outcome was achieved.

So, what was different? It was their managerial style & it was also the people who were being led.

Lord Ram was leading an army of “Vanar”(Monkeys) who were not skilled fighters & they were looking for direction. While on the other hand, Lord Krishna was leading Arjuna who was one of the best archer of his time. While Lord Ram’s role was to show it & lead from the front, Lord Krishna played the role of a coach whose job was to remove cobwebs from his protégée’s mind. Krishna couldn’t teach Arjuna archery but he could definitely help him see things from a very different perspective.

Here are some of the basic differences in two styles:

Lord Ram – A skilled warrior, leads unskilled team, is emotional, gives precise roles & instructions, motivates the army to fight for his cause.

Lord Krishna – works with best professionals, provides strategic clarity, allows team members to take lead, fights for the cause of the team, does not express his true emotions.

While dealing with millennials we got to be aware of their strengths & challenges. They don’t want us to tell or show how things are done, they want to know the meaning of their task and how it makes a difference in the business. If we have Arjunas in our team and we deal with them as Lord Ram, we are bound to fail as a manager. On the other hand, if there are members who aren’t skilled enough but rely on our expertise to sail through, Lord Ram’s style is appropriate.

So reflect and think what managerial style will bring the best result for you and your team… Is it like Lord Ram’s or Lord Krishna’s?